Elf Gratification: a Christmas novella
Only £1.99! 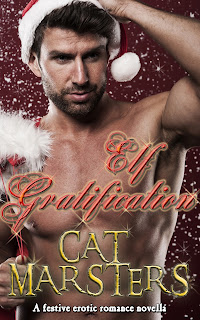